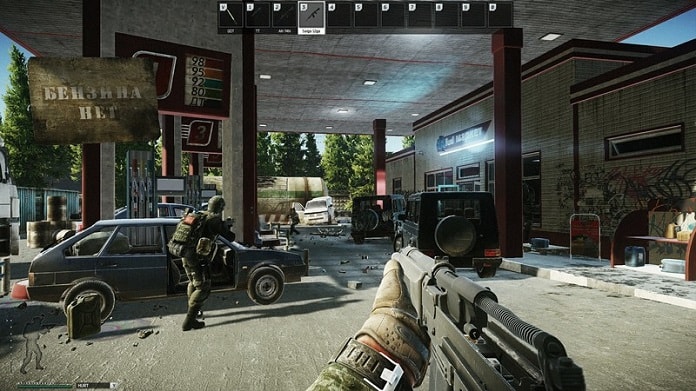 Escape from Tarkov is an extraordinarily realistic and complex survival game. This game doesn’t even have a HUD, which makes it especially complex for newer players. This game requires a lot of strategical thinking, so even after spending tons of hours in it, you will still feel pretty lost.

Today, I will give you some beginner-friendly tips and tricks for this amazing game. But before we get started, let me tell you what Escape from Tarkov is all about.

Escape from Tarkov Tips and Tricks

Like I said before, Escape from Tarkov is a survival game which is incredibly realistic and complex. The main objective of the game is quite simple. You just need to gather as much loot as possible and escape. If you die, you lose everything, but if you manage to escape, you get to keep tons of new items.

The game can seem a little complex because of how precise and realistic everything is. When you take damage in this game, you can’t just heal yourself by using some random med-kit as the damage is limb-specific. Also, you can customize your guns in any way which is realistically imaginable.

When you are starting a game, you can either play as a SCAV or your own main character. Playing as a SCAV is a bit simpler as compared to your own character, but you can only play as this character once every 20 minutes.

Now, this explanation of the game only touches the surface of what the actual game is like. And you will only truly find out what the game is like once you start playing it. With all that being said, here are some tips and tricks which will help you get better at the game.

Play as a SCAV

Doing SCAV runs is very important and rewarding as you don’t lose anything even if you don’t make it out. Other SCAVs in the game can be AI or real players. The AI SCAVs will not shoot at you unless you make the first move. I would personally suggest that you just don’t try to get in any fights with the other SCAVs unless they look like real players or have extremely good loot.

I know this tip is pretty straight-forward, but it is one of the most important ones. Escape from Tarkov is a very slow-paced game. So, you must cooperate and play with a clear head. Try to come up with amazing strategies to catch your opponents off-guard.

In the start, you should only stick to a single map and understand all of its different aspects. Learning the map is very important for your survival as you’ll find out more about different loot locations, extraction points, etc. If you have learnt your map, then you’ll know exactly where to go and what to do.

In offline mode, you only play against bots, and you don’t lose any of your gear. Yes, the offline mode can be a bit boring, but it is perfect for training. You can use the offline mode to familiarize yourself with different maps, or you can do it to try out different guns and other items. Offline mode is the best way of learning Escape from Tarkov!

The end-game is the most crucial as many people can have a good run but die at the end before they get a chance to exit. You also need to beware of campers who try to kill you before the round ends. You should learn more about the map itself to know the exact locations of different extraction points as it will significantly increase your chances of survival in the end.

Beginner’s Guide for Dead by Daylight