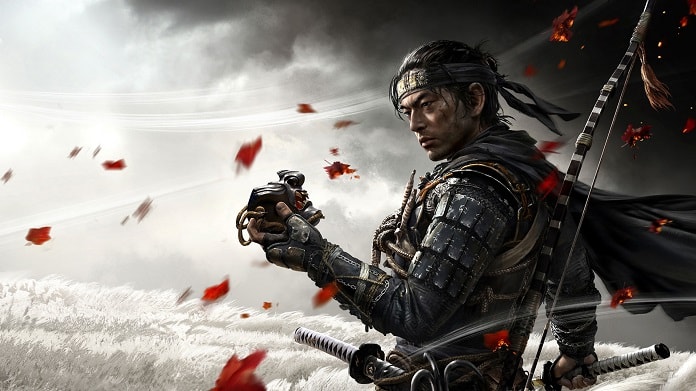 Ghost of Tsushima is one of the most popular PlayStation exclusives right now, and it hasn’t even been a full month since the game got released. This masterfully crafted title showcases the beautiful Samurai world in all its glory.

Today, we are going to take a closer look at all of the different aspects of this game. I will also give this title a final rating based on my personal opinion.

Ghost of Tsushima is a third-person action game, which gives us a beautiful blend of reality and fiction. This title got released on the 17th of July, 2020, and it might be the last big PlayStation 4 exclusive that shows us the true capabilities of this beast.

Now, without any further ado, let’s get started with this review!

First of all, let us talk about the brilliant story of this title which is an intense thrill ride that will keep your eyes glued to the screen. The story of Ghost of Tsushima is set in 1274, and it shows us the first Mongol invasion of Japan. The show blends fictional characters with reality to give us something intense and exciting.

In 1274, a Mongolian fleet being commanded by Khotun Khan lands on the Island of Tsushima. Jin Sakai bravely fights to protect his comrades and homeland, but he ends up failing. Jin gets found and nursed back to health by Yona. He finds out that most of his homeland has been taken over by the Mongols.

Now, Jin must fight to retake his homeland and protect his people. However, he might have to leave behind his Samurai teachings in order to do so.

The gameplay mechanics of Ghost of Tsushima are quite unique and interesting. This game lets the players create their own play-style as there are tons of options to choose from.

The stealth-based gameplay of this title is also quite amazing but not as good as the fighting mechanics. This game gives us the usual stealth gameplay, which we have already seen in other titles like Sekiro.

Overall, the gameplay of this title is pretty intense, and you absolutely won’t get disappointed. You will have to spend a lot of hours in this game if you are planning on mastering every single play-style.

The graphics of this game are breathtaking, and they show us the real horsepower of the current-gen PlayStation. Starting from the character models to the world itself, everything in Ghost of Tsushima is absolutely crisp and extremely realistic. The environment in this game will overwhelm you as this title has given a lot of attention to even the smallest things.

The world-building of Ghost of Tsushima is something completely different and new. This open-world game gives us a world which feels quite real and immersive. The Samurai Era is as deadly and fierce as ever in this title.

I think that Ghost of Tsushima is the perfect example of a great PlayStation exclusive. This game is not really a masterpiece, but it will still be remembered as a must-play title for some years now.

Ghost of Tsushima has everything! This game will make you cry, and it will also make you jump out of your seat in excitement. I would give this game a rating of 9.5/10, and I’d recommend it to anyone who is looking for an extremely good time.