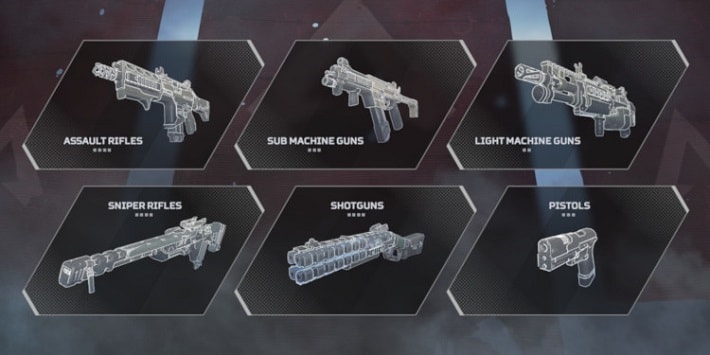 Apex Legends is a fast-paced shooter which has become extremely popular. This title is a very unique take on the battle royale genre, and it just keeps on evolving with every new update.

Things can get a little hard for newer players in this game because there is a huge and diverse list of weapons which are available. Some guns have low recoil, whilst other guns provide you with better accuracy.

You will definitely need to put in the hours if you want to find the best weapon which completely suits your style. However, this short guide will make your task a little easier. Today, I’ve compiled a list of the best weapons in Apex Legends, and I will tell you all about the pros and cons of these weapons.

Peacekeeper is hands-down the best shotgun in this game as it gives you good precision and damage. This shotgun has high recoil, and it takes a long time to reload, but it is still worth it.

One thing to keep in mind is the fact that peacekeeper is the only shotgun in the entire game that does not lose headshot multiplier, regardless of your distance from the target. Aiming down sights gives you even better accuracy as it reduces the spread up to 3 levels.

This shotgun gives you good damage, a tight spread, and a good headshot multiplier, so it is basically one of the best guns in this game.

Spitfire is not one of the best weapons in the game, but it is still a pretty decent LMG that does a significant amount of damage. This gun doesn’t have the slowest recoil, and the reload speed is pretty slow. However, if you line your shots right, you can truly dominate on the battlefield.

This gun has a 2x headshot multiplier, and its level 3 magazine capacity is bigger than any other LMG. The best thing about LMGs is the fact that they can be used for both long and short range attacks.

The R-301 has been the favorite weapon of players from the very start. This assault rifle is an all-rounder as it can give you good performance at any range. Unlike other assault rifles in the game, the R-301 is best for long-range combat.

This gun doesn’t really do much damage, but it still provides you with insane accuracy. If you’re a player who is confident in his aim and loves to take out enemies from a distance, then this is the gun for you.

Kraber is the best sniper in Apex Legends as it does an extreme amount of damage. A headshot from this beautiful gun guarantees a kill. A body shot also does a significant amount of damage, but it is not enough to down a player.

The Kraber is not a beginner-friendly weapon as it requires extreme precision and accuracy. However, once you get used to this gun, it can be extremely rewarding. Another advantage of this gun is the fact that it can penetrate through enemies, so you can sometimes get multiple kills at once.

SMGs are your best friends when it comes to short-range combat. As the name suggests, the Prowler Burst is a burst SMG which deals a huge amount of damage. I am personally not a huge fan of burst weapons, but this one still gets a pass.

The Prowler Burst can also become a fully automatic weapon if you can manage to find the select-fire receiver. This weapon is pretty easy to master, so it is a good choice for beginners.

This was a list of the best weapons in each class. However, any weapon can prove useful in battle. You should experiment with different weapons in the game until you find the ones that complement your style.

Beginner’s Guide for Dead by Daylight